The literature review is anchored on the specific objectives of this study. The review is organized into sections as follows: okra: overview, importance of okra, potential of okra, okra production in Nigeria, dried okra processing, okra marketing, channel of dried okra distribution and marketing, factors influencing marketing of agricultural commodities, and constraints to okra marketing.

Okra: Overview
Vegetables are important food for the maintenance of health and protection of body from diseases. They contain valuable food ingredients, which can be successfully utilized and repair the body. Okra (Abelmoschus esculentus) is also known as lady’s finger, it is a common fruit vegetable grown for domestic consumption in the tropical and sub – tropical countries of the world. Okra is commonly grown in West Africa especially in Nigeria, mainly for its fruit but the immature leaves are sometimes used for soup making and flavouring or may be added to salads and stews. The crop is rich in vitamins and minerals (Law-Ogbomo et al., 2013) and is grown widely in gardens for home use with its excess for markets. Okra also grows well in the poor soil with intermittent moisture and hot weather, especially in the warm region with good sun-light (20°C) (Ndunguru and Rajudu, 2004). It is a drought tolerant vegetable in the world but can be damaged by severe frost (Ogungbenle and Omosola, 2015). Okra has maximum yield at the period of low rainfall and can produce fruits for a very long time.

Potential of Okra
Potential for Enhancing Livelihoods
Okra has huge potential for enhancing livelihoods in urban and rural areas and to several stakeholders (Table 1) (NAP, 2006). It offers a possible route to prosperity for small-scale and large-scale producers alike and all those involved in the okra value chain, including women producers and traders.

Nutritional Potential
K, Na, Mg and Ca are the principal elements in pods, which contain about 17% seeds. Presence of Fe, Zn, Mn and Ni also has been reported (Moyin-Jesu, 2007). Fresh pods are low in calories (20 per 100 g), practically no fat, high in fiber, and have several valuable nutrients, including about 30% of the recommended levels of vitamin C (16 to 29 mg), 10 to 20% of folate (46 to 88 mg) and about 5% of vitamin A (14 to 20 RAE) (NAP, 2006). Both pod skin (mesocarp) and seeds are excellent source of zinc (80 mg/g) (Cook et al., 2000).
Okra seed is mainly composed of oligomeric catechins (2.5 mg/g of seeds) and flavonol derivatives (3.4 mg/g of seeds), while the mesocarp is mainly composed of hydroxycinnamic and quercetin derivatives (0.2 and 0.3 mg/g of skins). Pods and seeds are rich in phenolic compounds with important biological properties like quartering derivatives, catechin oligomers and hydroxycinnamic derivatives (Arapitsas, 2008). These properties, along with the high content of carbohydrates, proteins, glycol-protein, and other dietary elements enhance the importance of this foodstuff in the human diet (Manach et al., 2005; Arapitsas, 2008). Dried okra sauce (pods mixed with other ingredients and regularly consumed in West Africa) does not provide any beta carotene (vitamin A) or retinol (Avallone et al., 2008). However, fresh okra pods are the most important vegetable source of viscous fiber, an important dietary component to lower cholesterol (Kendall and Jenkins, 2004). Seven-days-old fresh okra pods have the highest concentration of nutrients (Agbo et al., 2008).

Mucilage and its potential
Okra mucilage refers to the thick and slimy substance found in fresh as well as dried pods. Mucilaginous substances are usually concentrated in the pod walls (not in seeds) and are chemically acidic polysaccharides associated with proteins and minerals (Woolfe in Kumar et al., 2010). Although nature of the polysaccharides varies greatly, neutral sugars rhamnose, galactose and galacturonic acid have been reported often (Hirose et al., 2004; Sengkhamparn et al., 2009). The okra mucilage can be extracted as a viscous gum using various procedures. Such diversity in the extraction procedures seems to contribute to the observed variability in the mucilage chemical composition (Ndjouenkeu et al., 1996).
Okra mucilage is a renewable and inexpensive source of biodegradable material. Its physical and chemical properties include high water solubility, plasticity, elasticity and viscosity (BeMiller et al., 1993). Most physical and chemical properties are influenced by factors such as temperature, pH, sugar and salt contents, and storage time (Baht and Tharanathan, 1987; Kumar et al., 2010).
Okra mucilage has potential for use as food, non-food products, and medicine. Food applications include use as a whipping agent for reconstituted egg whites, as an additive in the formulation of flour-based adhesives, and as an additive in India for clarifying sugarcane juice. Non-food applications include brightening agents in electro deposition of metals, as a deflocculant in paper and fabric production, and as a protectant to reduce friction in pipe-flow (BeMiller et al., 1993; Ndjouenkeu et al., 1996). Polysaccharides can be combined with acrylamide to develop new biodegradable polymeric materials (Mishra et al., 2008). Potential of mucilage for medicinal applications includes uses as an extender of serum albumin (BeMiller et al., 1993), as tablet binder (Ofoefule et al., 2001) and as suspending agent in formulations (Kumar et al., 2010). Okra mucilage is used in Asian medicine as a protective food additive against irritating and inflammatory gastric diseases (Lengsfelf et al., 2004).

Okra Production in Nigeria
In Nigeria, okra rank third among fruit vegetables (after tomato and pepper) in terms of consumption and production. The world production is estimated at 6 million tonnes per year and India followed by Nigeria and Sudan are the world largest producers (Varmudy, 2011). The immature pods are used as boiled vegetable while in dried form; it is used as soup thickener. The green pods are rich sources of vitamins, calcium, potassium and other minerals (Ijoyah and Dzer, 2012). Over 60% of okra grown in Nigeria is produced under intercropping system and the intercropping of okra with maize and cassava by most small holder farmers is a common copping strategy for poverty reduction in Nigeria (Ibeawuchi, 2007). This practice may allow complementary interactions in crops that have greater system resilience, reduce insect-pest incidence and deliver environmental benefits such as greater soil and water conservation potential (Gupta, 2004).
Okra is grown for its tender fresh pods which are rich in vitamins, minerals and protein (Martin, 1982; Mbah et al., 2009). The tender leaves are often used as vegetable and provide vitamin A and C, protein, calcium and iron in the diet. Mature dried seeds are roasted, ground and added to coffee as an adubiant (Njoku and Ebeniro, 2009). The crop is used as a soup thickener and the immature fruits may be boiled as vegetable and served with rice and other food types.
Worldwide production of Okra as fruit vegetable is estimated at 6 million tonnes per year. In West Africa, it is estimated at 500,000 to 600,000 tonnes per year (Bamire and Oke, 2003). In Nigeria, there are two distinct seasons for Okra, the peak and the lean seasons. During the lean season, Okra fruit are produced in low quantities, scarce and expensive to get (Adebisi-Adelani et al., 2011). 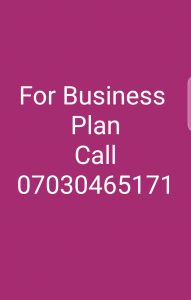